Have you heard the term viral marketing?

Chances are you have, but if you haven’t here is a good definition:

Viral marketing is a term used to describe a message or information that spreads quickly, effectively, and contagiously through networks of friends, families, and third party relationships.

Something similar can said about our new housing economy that is developing in the United States.

Information should be fluid (like water at room temperature,) yet the new home information received by the public is being put under abnormal and unbalanced scrutiny at the hand of media networks.

While large media conglomerates are slowly trying to understand the new social media, they still revert to these old standards, even though they are rapidly losing effect.

Instead of following money losing, failing business models – why not lead a following through the new medium of social information marketing?

In your industry, market area, and section of the world – aren’t you the expert?

Why not create your own media empire?

Deliver your own new home sales message to your prospects.

Today, home buyers are being “pressured” by a one-sided argument that now is not a good time to buy a new house. Try as you may to deliver the opposite message, currently you do not have enough credibility with the home buying prospects to change their mind or perception.

Why? The message and information you provide is one sided to your benefit – and it shows!

Every time home builders open their mouths, it is usually to blatantly benefit themselves with the sale of a new home.

Traditional media outlets generate revenue through advertising (which the value or cost of said revenue is relative to the attention by which the message attracts.) Usually, the message recipient does not always relate the two because “the sale” is usually not a direct byproduct of following through with the action that the advertisement requested.

Home Builders only generate revenue from the construction of homes, right?

Not so fast! Let’s get back to your media empire…

Today, cost effective web technology fused together with online communities, AKA “social media” allows any business – even home builders to create a dynamic, and compelling audience centered message that when delivered in a viral medium can nearly equal the effect of the traditional news outlets.

Stop being a pawn in the media giants game of doom and gloom that is aiding the destruction of your business.

Instead, take that budgeted money and start a conversation that new home prospects want to engage in! (And not one about yourself,) make it about them, and use social media to do it.

Stay Up To Date

Sign up for free updates from Lance Sonka regarding new homes for sale in Bridgeland. 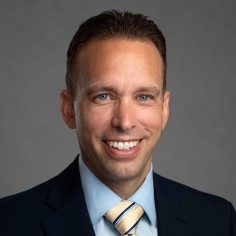 Connect with me on:

With 3,000 acres of open space, you can live and play in Bridgeland! Learn more about this top selling Master Planned Community featuring 60 Miles of Trails, more than  900 Acres of Lakes, and conveniently Located near Hwy 99 & 290.